Welcome to another Out Of The Box toy review brought to you by GEN (and our wallets).

In this edition we will take a look at the Marvel Legends Shriek action figure from the Armadillo BAF wave. We know you like the pretty pictures and less words, so have at it! 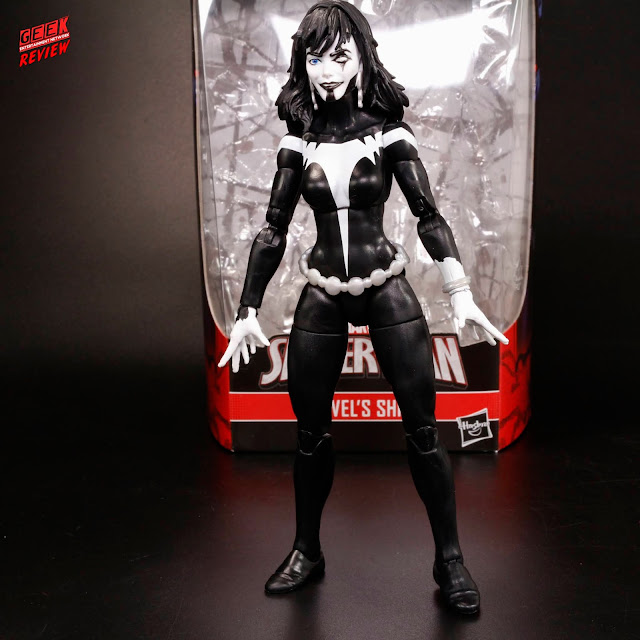 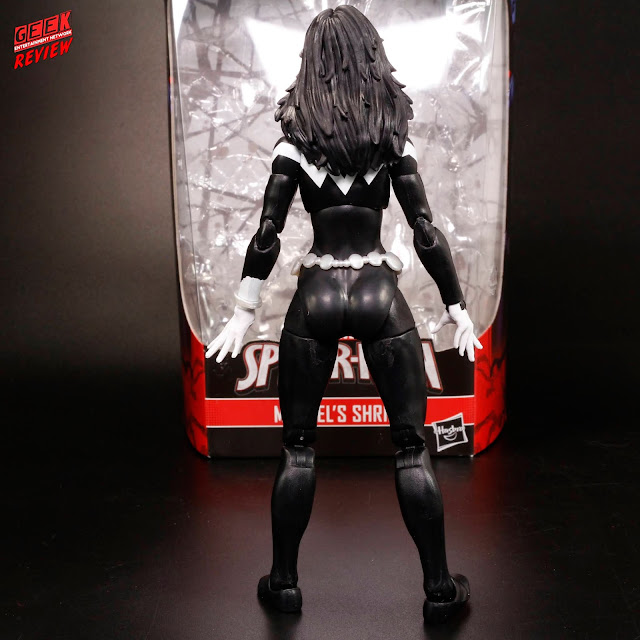 Shriek's back. Don't stare at the assets for too long. Unlike the Joker, Kassady does care for Miss Barrison.

For the Mint in Box fetishists, here is a look at the cardboard. The right side is the same as the left side so we just took one pic. We are practical. 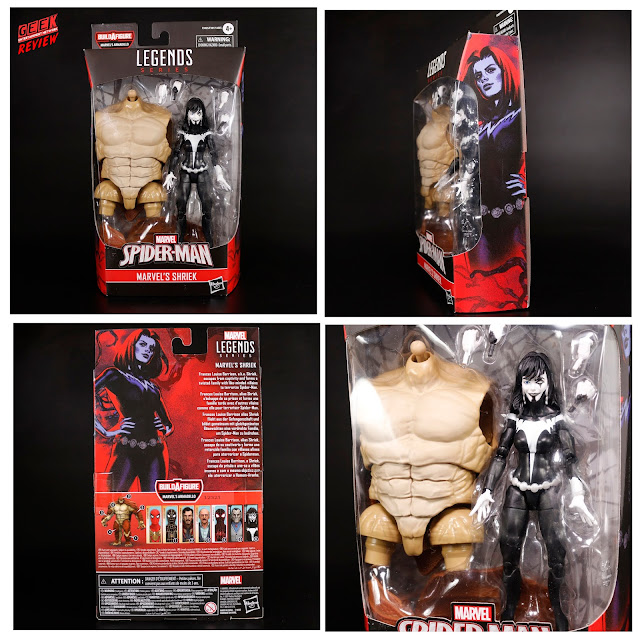 Here is a look at Louise Barrison (Yep, that would be Shriek's real name) out of the box with all of what is included: 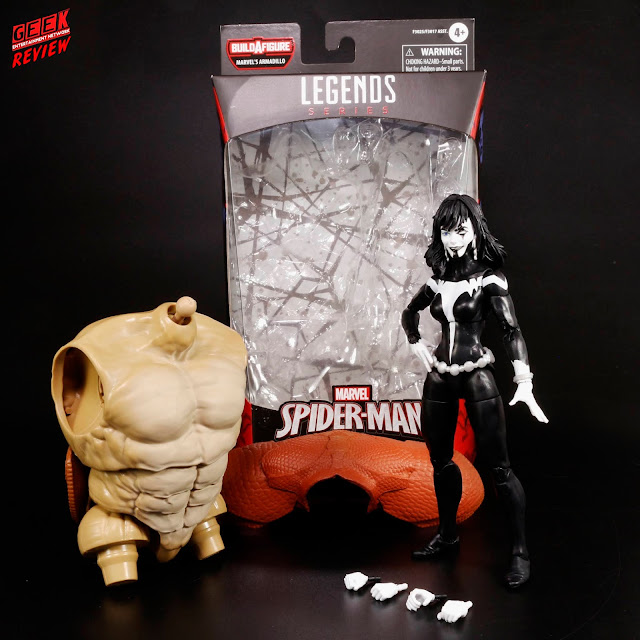 She comes with 2 extra pairs of hands and the massive torso of Armadillo, which has a great sculpt but very simple paint applications. 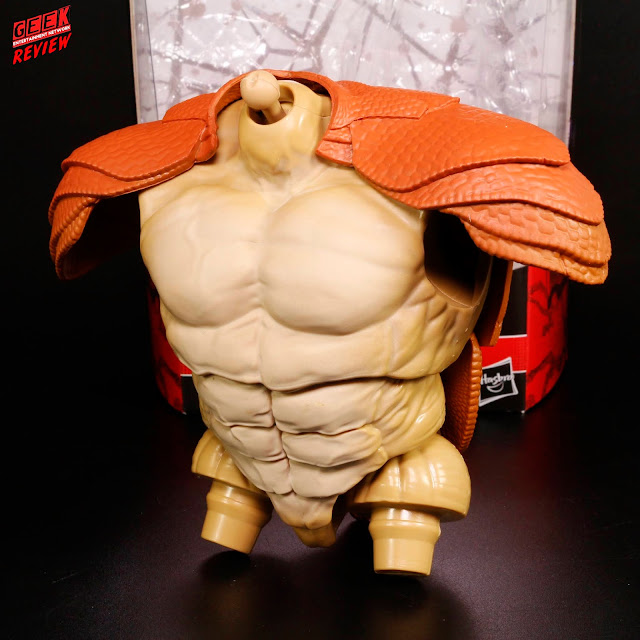 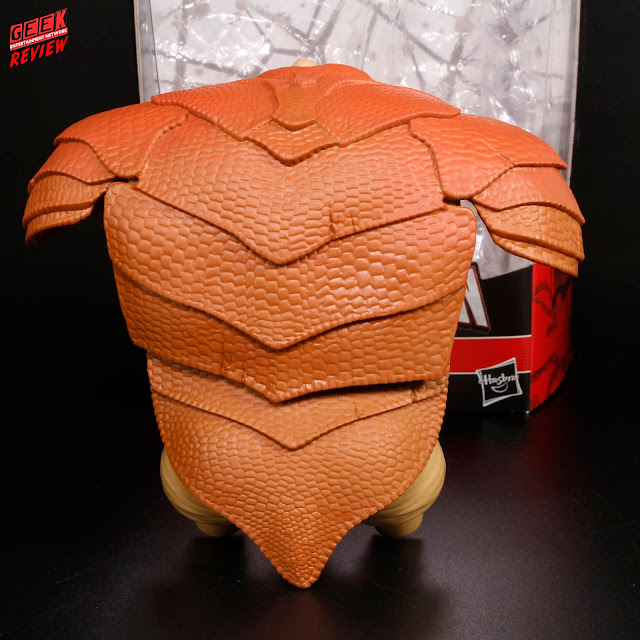 Carnage's bride (Think of her as Marvel's Harley Quinn but with much more self respect) features a 2 part hair sculpt with the front being a separate piece from the back. It's made of soft PVC plastic that can be pried out with a quick blast of the hairdryer in case you are into customizing. 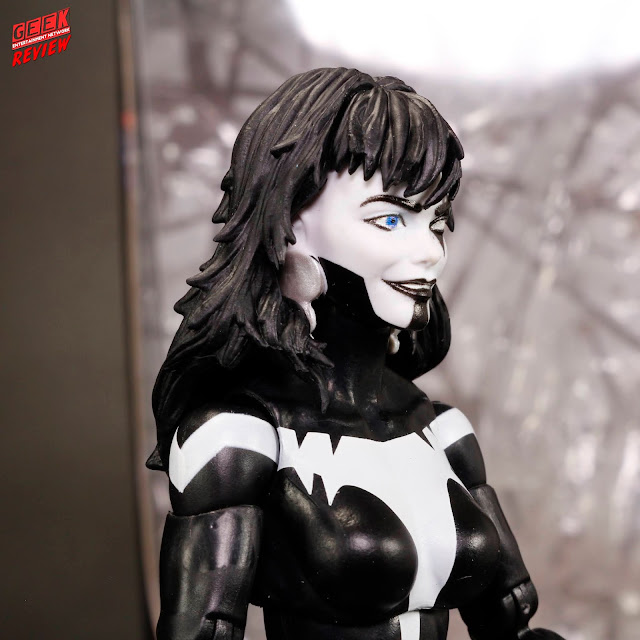 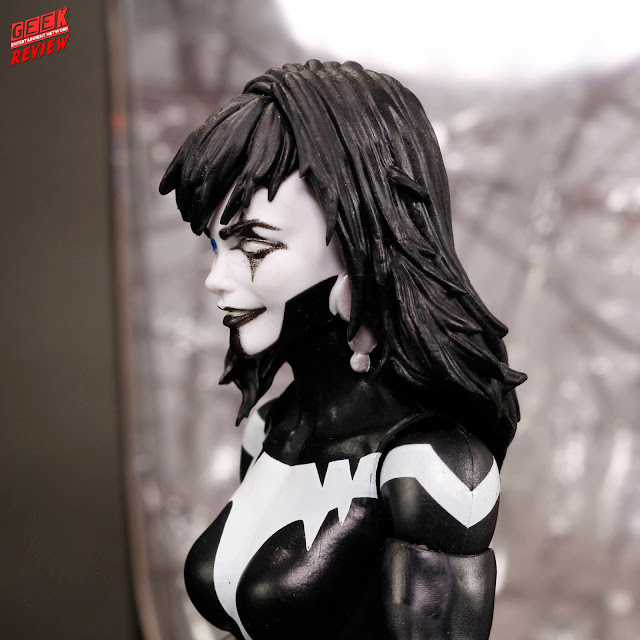 The earrings are part of the head sculpt. 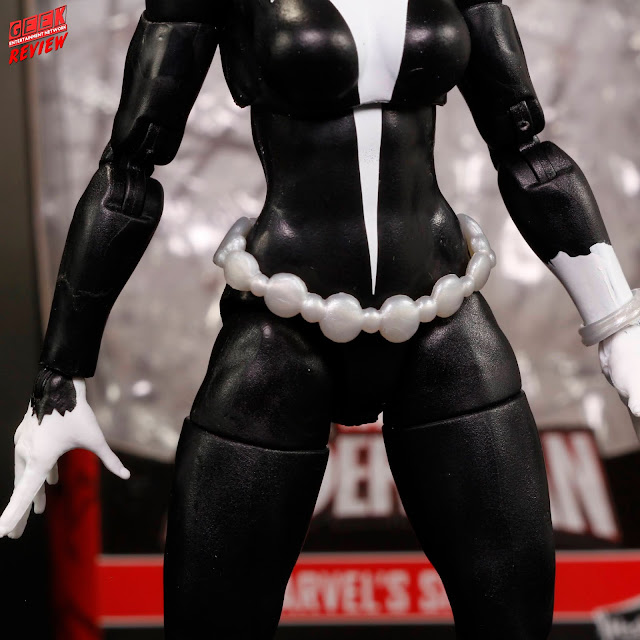 Belt is a separate piece that is not glued on. That's YOUR homework son. 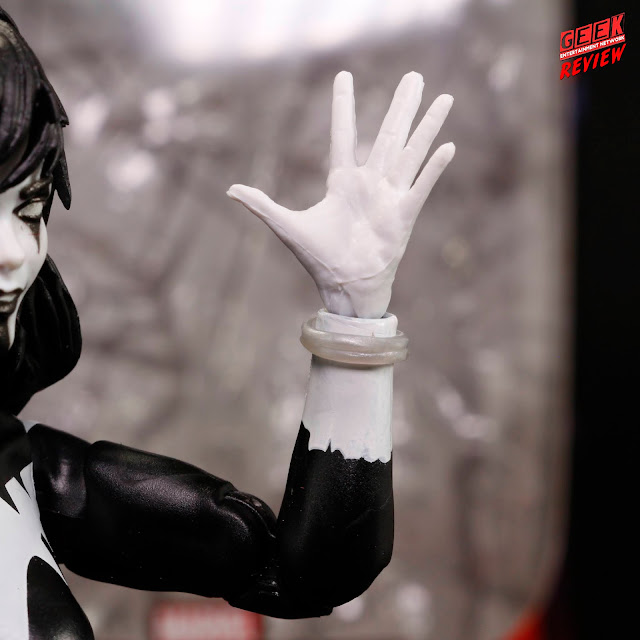 The bracelets are soft PVC plastic. They are not glued on either. 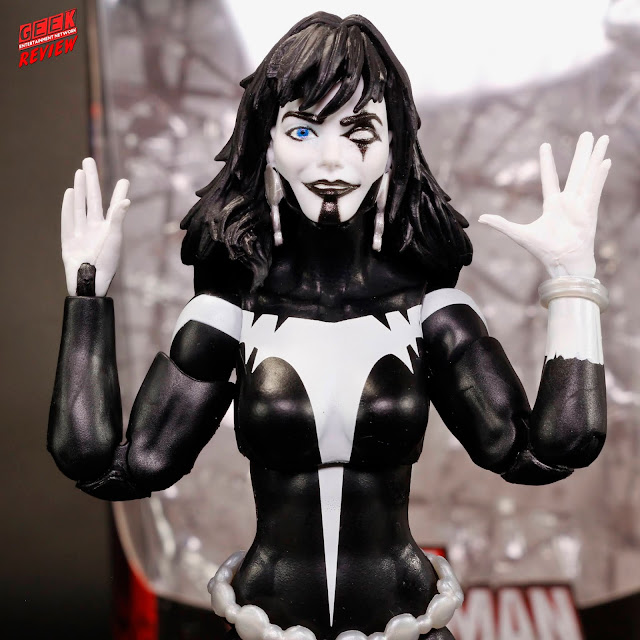 FINALLY! DOUBLE JOINTED FEMALE ELBOWS ON MARVEL LEGENDS FEMALE FIGURES!
It just took like 13 years or something. Her entire body mold is pinless. 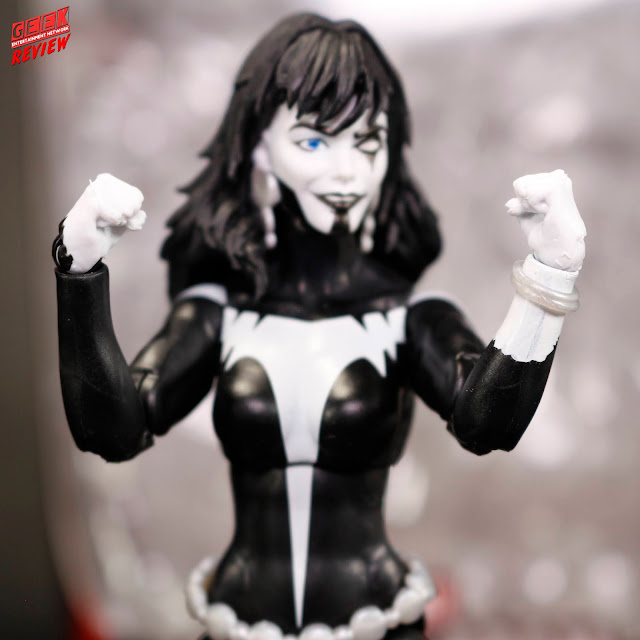 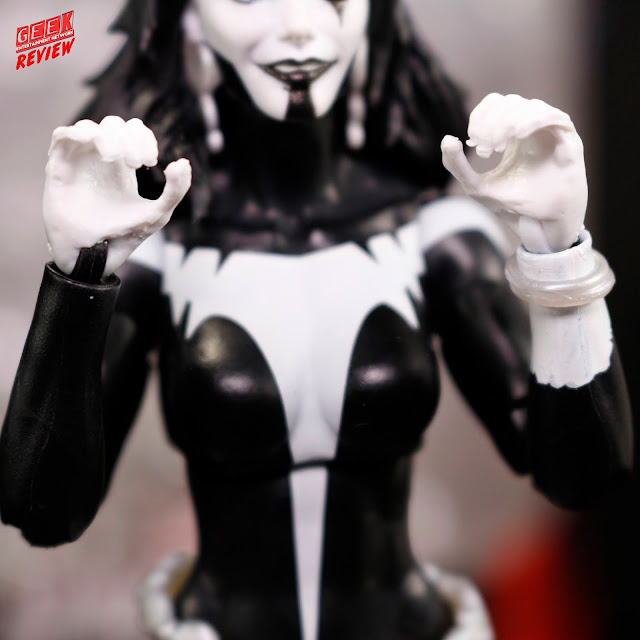 These open hands are the worst of the set. The pressure molding didn't go all the way and as a result it looks like she dipped her hands in acid or something. 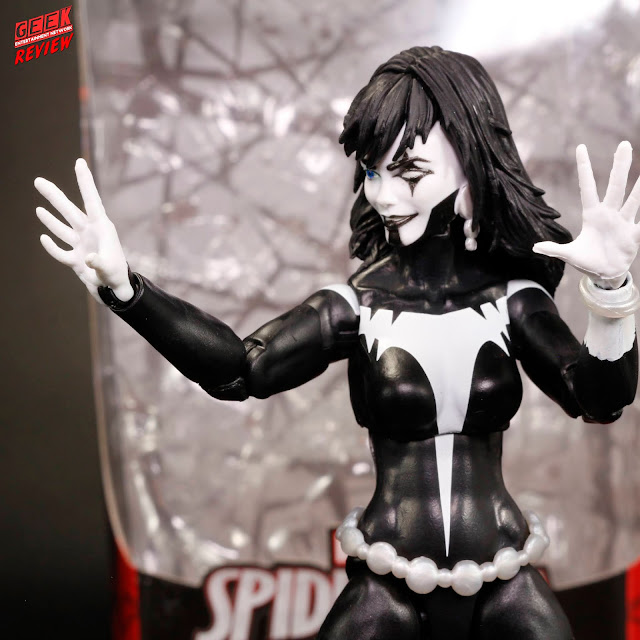 Open hands for her  "You are in the Psycho Circuuus!" pose. 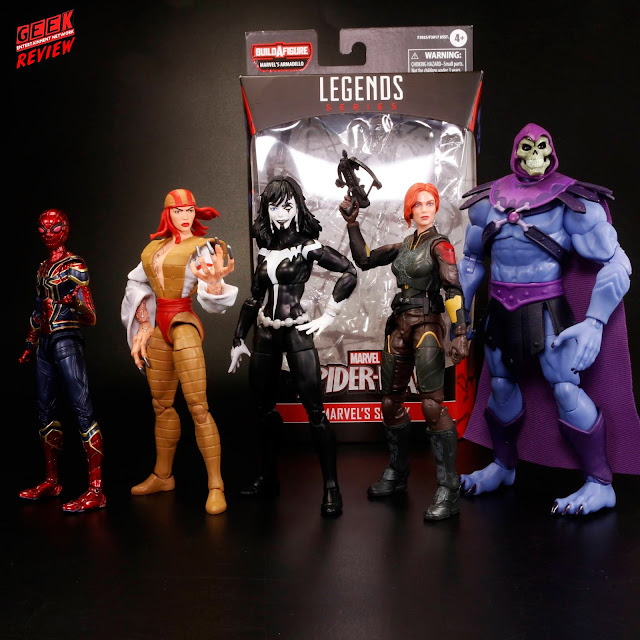 And here is a comparison shot with whatever we had in hand on the shelf at the moment we shot this review. 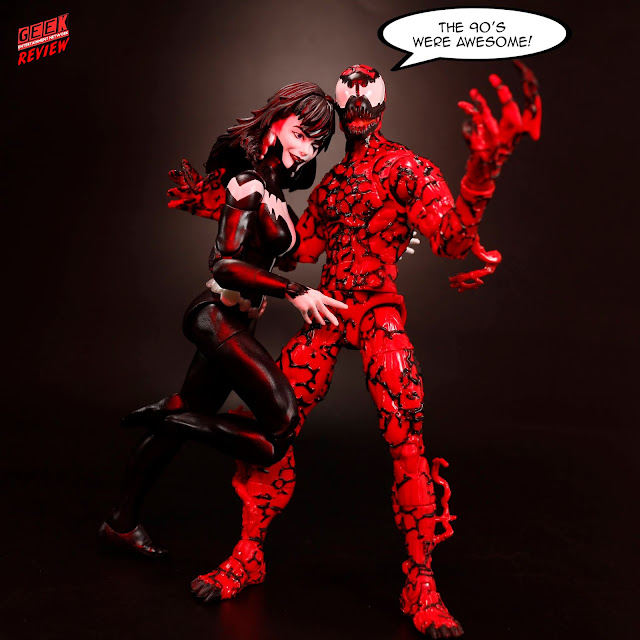 And a shot with Mr. Carnage himself. I personally vouch for this statement.
In closing, Shriek brings you one step closer to get a Maximum Carnage set (We just need Carrion) The figure itself is nothing exceptional to write about except for her double jointed elbows and pinless presentation. Paint is efficiently applied and the extra hands are nice but not mind blowing.
OUR VERDICT: 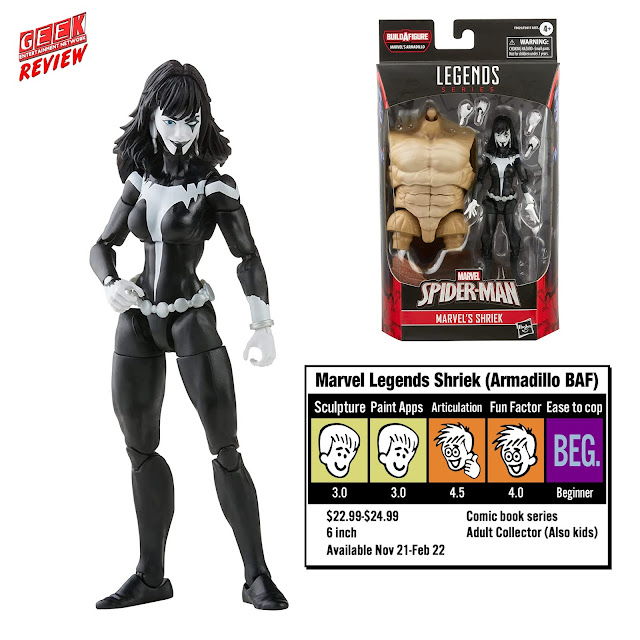 Shriek has started to ship out from Amazon (That's where we got ours) But you can preorder her along with her wave mates at our sponsors who help us bring you the sass without the fuss: