Hot Toys and sponsor BBTS have opened preorders for their 1/6 scale Loki and Sylvie figures based on the Disney + show. Sylvie comes with removable cloak, sword, tempad  and more, while Loki includes a removable jacket, daggers, reset charge, sword and two miss minutes holograms. They are expected for a March 2023 release....Wow that is a LOOONG WAIT! Separate your copies at BBTS: 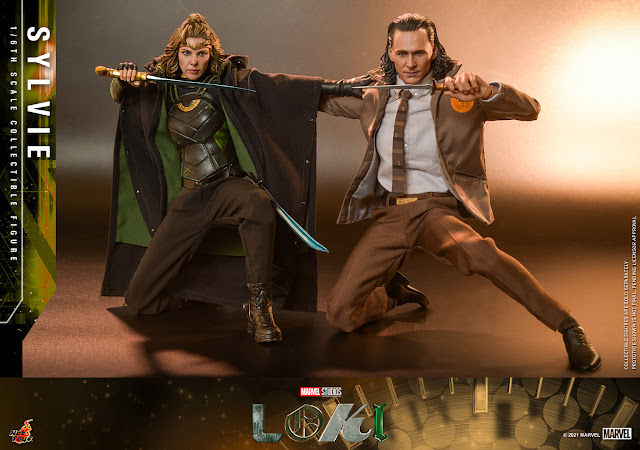 After her shocking reveal at the end of Marvel Studios’ Loki Episode 2, Sylvie Laufeydottir is now one half of a mischievous duo as a variant of the Trickster God himself. Sylvie is the extremely capable and dangerous variant who just happens to be another version of Loki.

Beautifully crafted based on the appearance of Sophia Di Martino as Sylvie in the series, the figure features a newly developed head sculpt and blond hair sculpture with incredible likeness, elaborate and intricate costume with screen authenticity, highly-detailed weapon and accessories including Sylvie’s blade, prune stick with interchangeable ends, tempad, reset charge device and effect, Time Door backdrop and a themed figure stand. 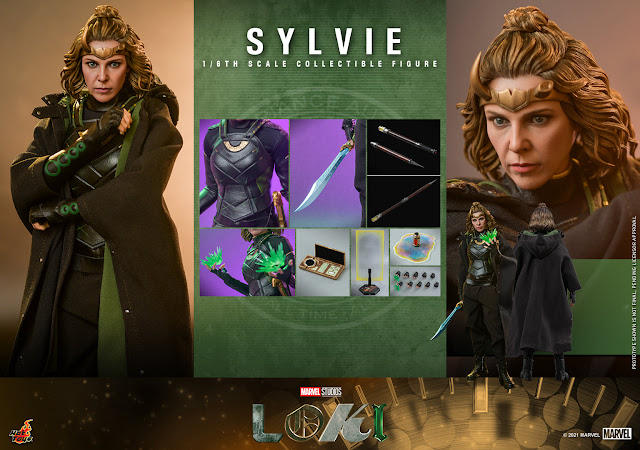 Marvel’s fan favorite God of Mischief has landed with glorious purpose in the Marvel Studios’ Loki series where he leaped from a beloved villain to endearing antihero. Picking up immediately after he steals the Tesseract in the events of the Avengers: Endgame, Loki is joined by an agent from the Time Variance Authority to fix the broken reality.

Firstly introduced to Marvel Cinematic Universe in the movie Thor in 2011, Loki’s popularity has soared over the years. Today, Hot Toys is elated to present the brand new 1/6th scale Loki collectible figure from the Loki collection series.

Masterfully crafted based on the appearance of Tom Hiddleston as Loki wearing the TVA Suit outfit as seen in the series, the figure features a newly developed head sculpt with amazing likeness, elaborate costume with screen authenticity, signature weapons and highly-detailed accessories including a sword, a sword with fire effects, a pair of daggers, Miss minutes with different expressions, a computer, a tempad, a collar, a reset charge device with effect, a Time Door backdrop and a themed figure stand. 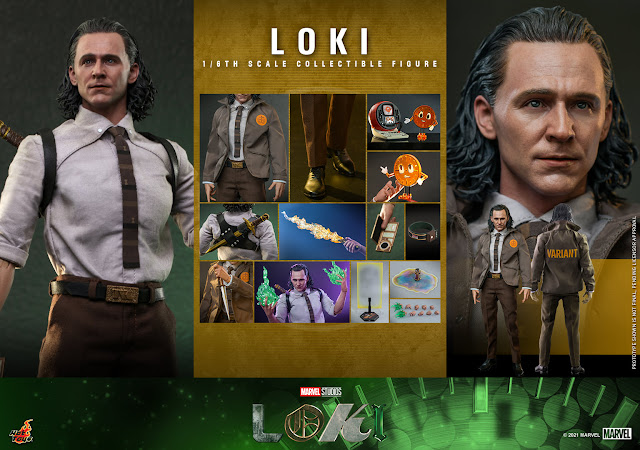 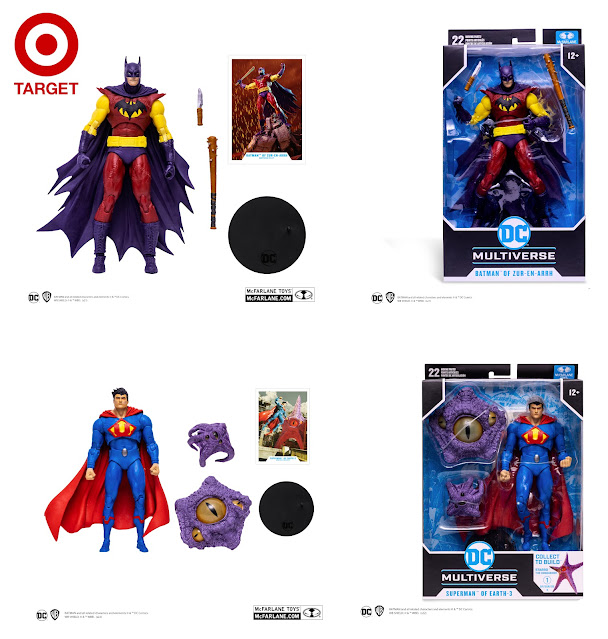 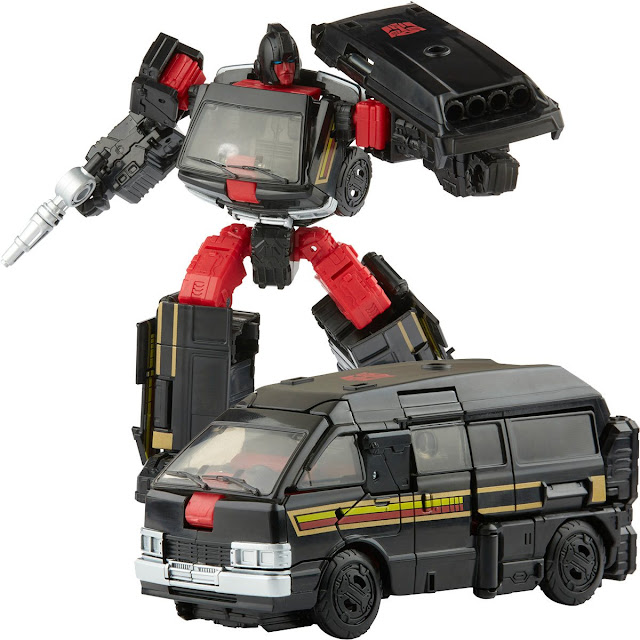