Hot Toys opened preorders for two new figures based on the upcoming Black Widow Movie: Snow Suit Black Widow and Taskmaster. They are expected for a third quarter of 2022 release and include the usual accoutrements Hot Toys has us used to. Preorder your favorite at: 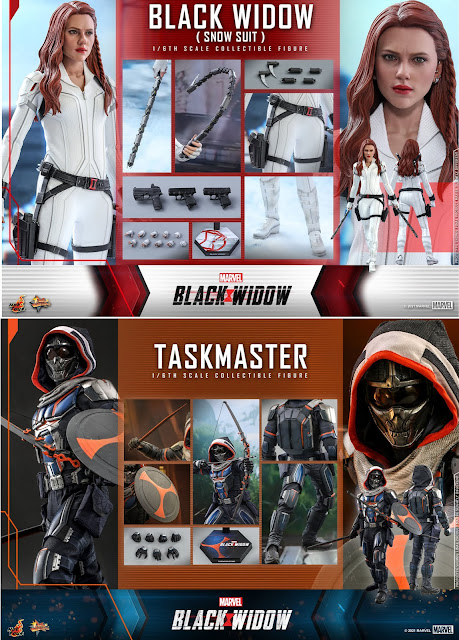 “You don’t know everything about me.” – Natasha Romanoff

She’s back! Returning to the screen with an absolutely stunning look that originated in the comics, Natasha Romanoff in the Snow Suit sets off on her dangerous missions in the arctic environment, and reunites with a group of spies from her past to stop a lethal force, who she knows before her working for S.H.I.E.L.D and The Avengers.

To get fans ready prior to the Black Widow’s release, Hot Toys is excited today to present the highly-anticipated 1/6th scale Black Widow (Snow Suit) collectible figure, making a sharp contrast to her traditional all-black suit.

Beautifully crafted based on the screen appearance of Scarlett Johansson as Natasha Romanoff/Black Widow in the production of the same title, the figure features a newly developed head and hair sculpture with delicate workmanship, finely tailored white tactical uniform, highly-detailed weapons including a pair of standard batons and a pair of articulated batons with 3 types of interchangeable tips enable different battling styles, pistols, multiple pieces of interchangeable hands for signature poses, and a movie-themed figure stand.

Expand your Marvel collection with this impressive Black Widow figure!" 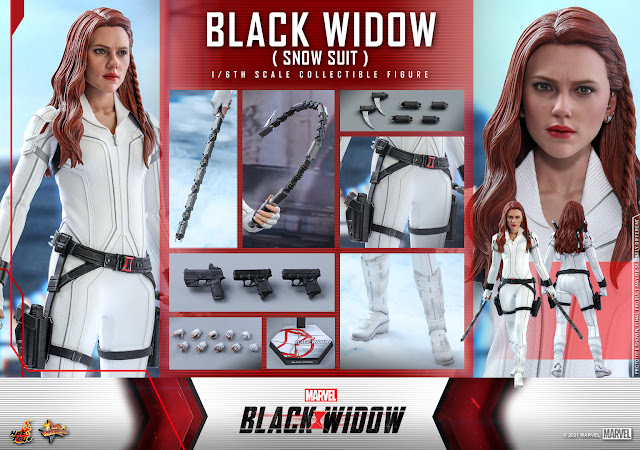 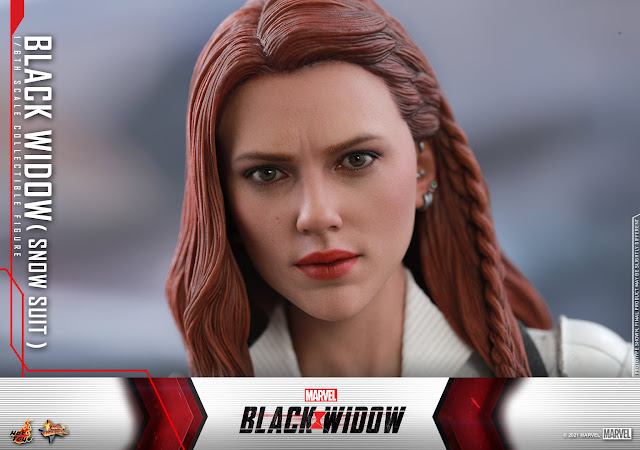 "Black Widow- Taskmaster 1/6th Scale Collectible Figure
“His call sign is Taskmaster. He controls the Red Room.” – Yelena Belova
Taskmaster possesses “photographic reflexes”, a natural advanced ability that allows him to replicate any physical movements he has seen, as well as recall them from memory. His mastery combat style came from studying Black Panther, Hawkeye, Captain America and Black Widow. Taskmaster’s fascinating learning capability ultimately makes him a daunting foe for Natasha Romanoff.
Appeared in brief glimpses in the trailers of Black Widow, this newly introduced character – Taskmaster has been recreated by Hot Toys’ as a remarkable 1/6th scale collectible figure to prepare fans for the upcoming Marvel Studios’ release.
The highly-poseable figure is expertly crafted based on the image of Taskmaster in Black Widow. It features includes the newly designed helmet and armor pieces, finely tailored high-tech outfit in signature navy and orange color scheme, an array of detailed weapons including bow and arrows, circular shield, sword, and a themed figure stand.
Don’t miss the chance to add this mercenary master from Black Widow in your Marvel Collection!" 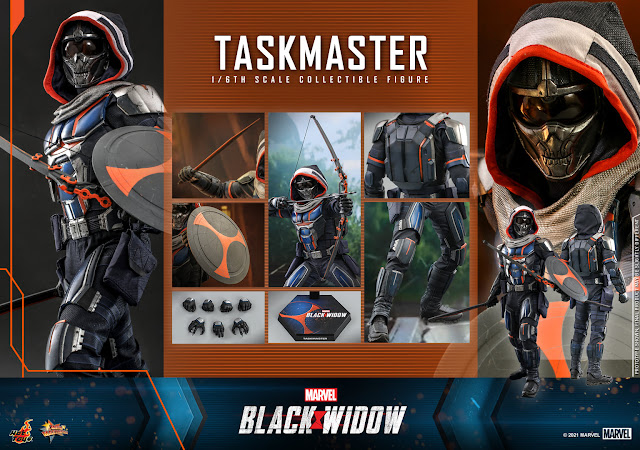 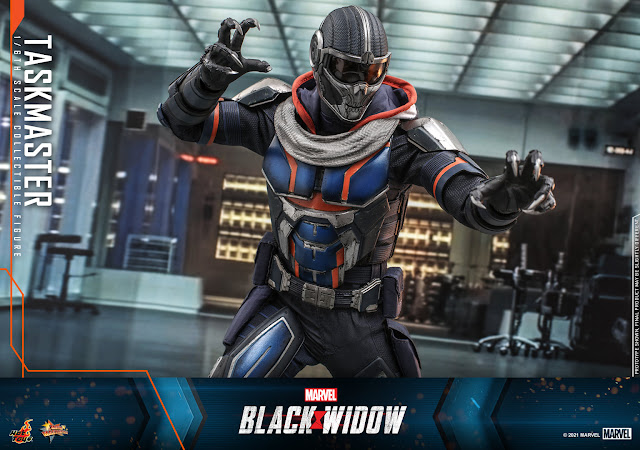 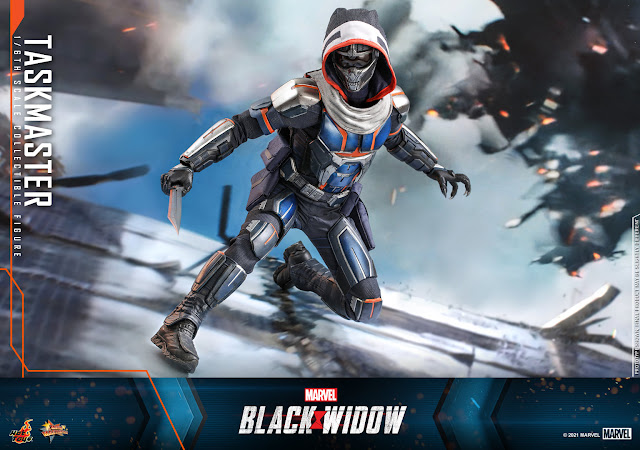