Two new Play Arts Kai figures were announced by Square Enix, featuring Klepto maniac Yuffie and her fellow warrior Sonan. They are based on the PS5 exclusive DLC mission called "the INTERmission" Which is a side story that will eventually connect with the main cast.

The Yuffie Kisaragi figure figure comes in her Moogle disguise, and will include two swap out heads, several  interchangeable hands, a large Shuriken weapon, and a stand (Childish klepto manic attitude not included). Sonan Kusakabe stands includes a Bo Staff,  stand and alternate hands. They are expected for June of 2022.

Also revealed was virgin Emo FF7 bad boy Cloud Strife with Fenrir bike. This is a reissue based in the  Advent Children movie. We last saw this set in 2018  and includes interchangeable hands, head, a wide array of swords that DO NOT combine, and the weird but awesome Fenrir  motorcycle with lights and attachments to store all of Cloud's crappy attitude and swords. Due for release in January 2022. Get them at:

( We are given a small commission from the sales at no cost to you, so your patronage is appreciated!) 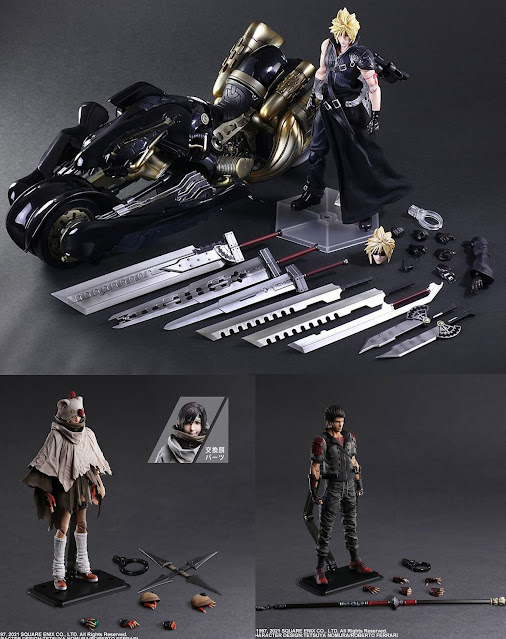 "From Final Fantasy VII Remake, Yuffie Kisaragi, a Wutaian Ninja, joins the fray as a Play Arts Kai action figure! From her jovial facial expressions to her nimble limbs, Square Enix spared no effort to recreate her updated look from the remake. Her iconic moogle cape carefully incorporates the different textures and colors, and you can pose her with the hood on or off.
Yuffie’s accessories include her signature giant shuriken and interchangeable hands, including those that add more expression as she holds her prized materia, to allow for a wide range of poses you can recreate.
Other figures are not included
Product Features:
10.08 inches (25.6cm)
Made of PVC
From the Final Fantasy VII Remake video game
Highly detailed
Fully articulated
Game accurate accessories 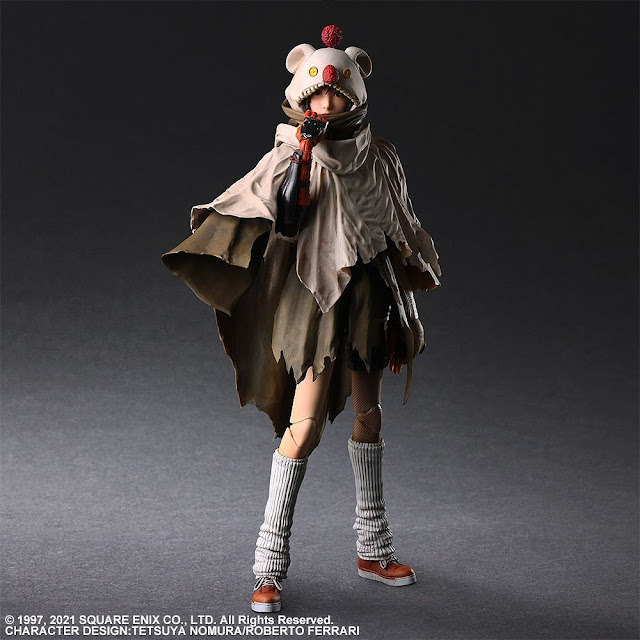 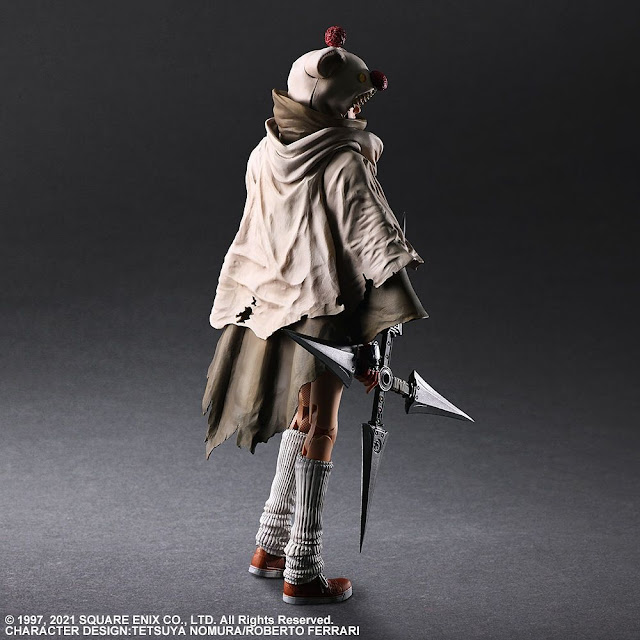 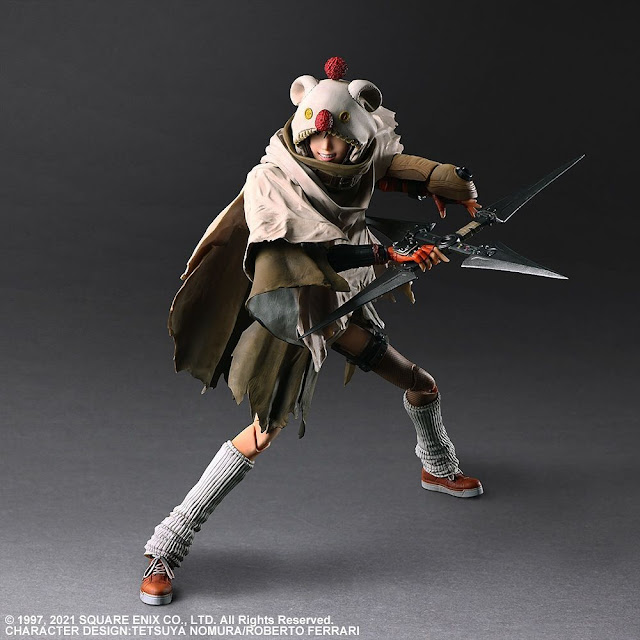 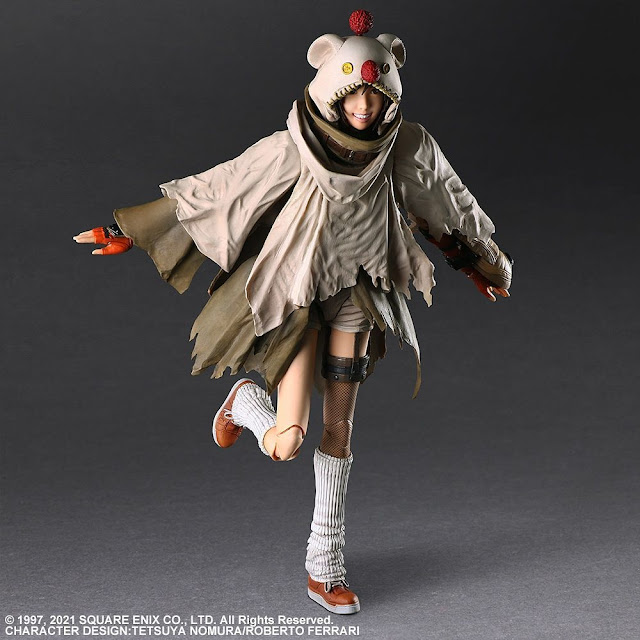 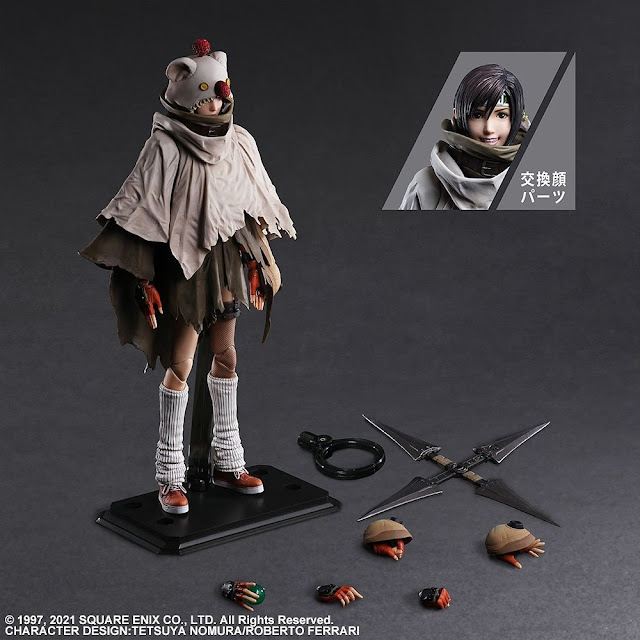 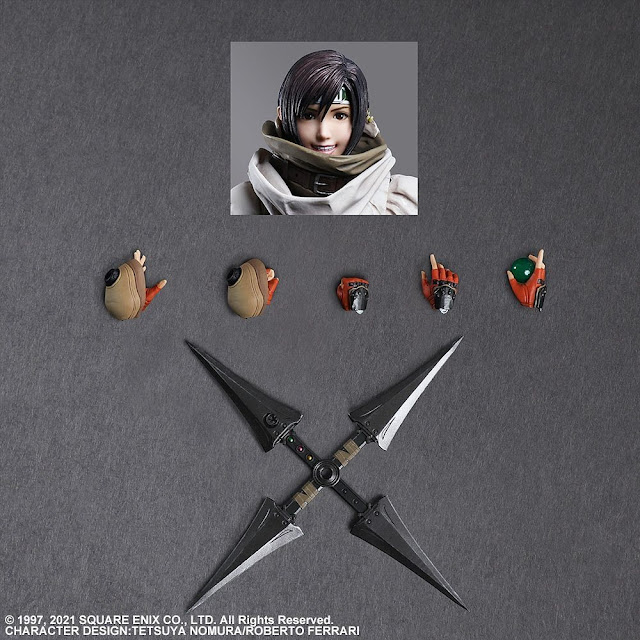 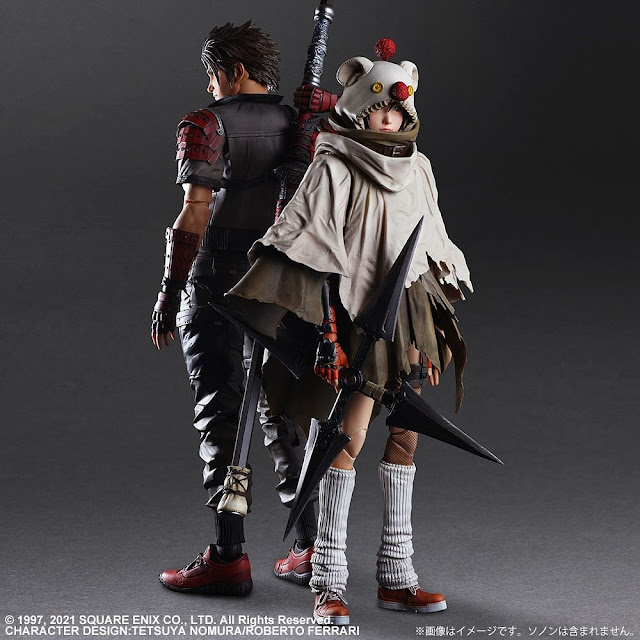 "From Final Fantasy VII Remake, Wutaian warrior Sonon Kusakabe joins the fray as a Play Arts Kai action figure! From his strong but gentle facial expressions to his brawny physique, Sonon’s contrasting look from his partner, Yuffie is nicely recreated in this figure. The Square Enix designers were very particular about the different textures of his outfit, including his jacket, pants, and the armor-like shoulder guards, while maintaining a great range of motion in the figure articulation.
Sonon’s weapon, a uniquely shaped bo staff that’s taller than he is, can be placed in his hands, or can be stowed on his back, to allow for a wide range of poses you can recreate.
Product Features
10.71 inches (27.20cm)
Made of PVC
From the Final Fantasy VII Remake video game
Highly detailed
Fully articulated
Game accurate accessories 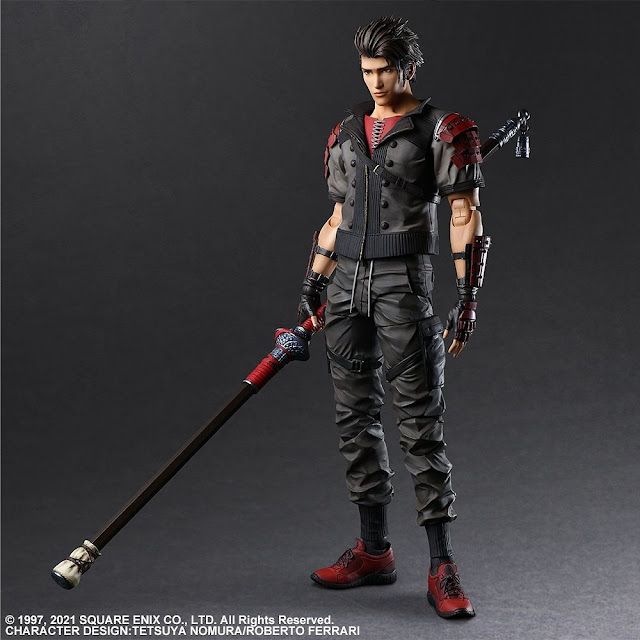 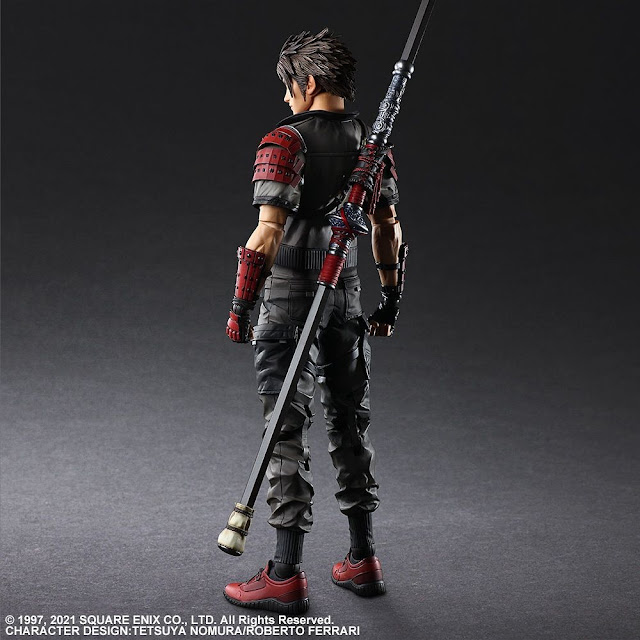 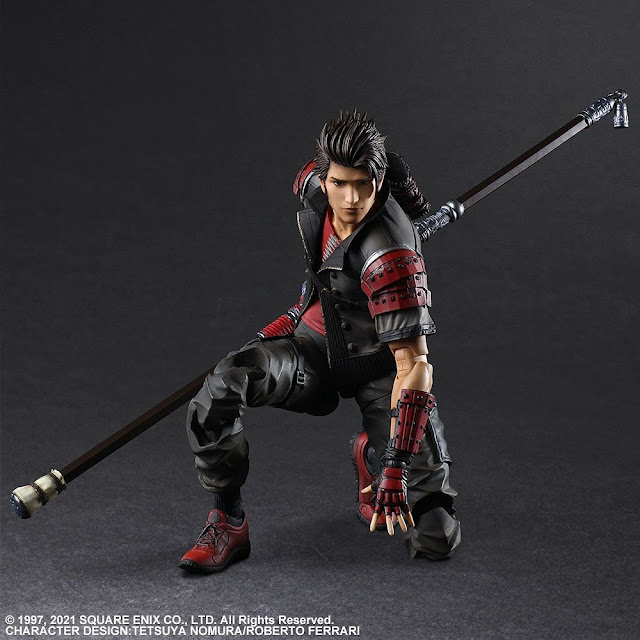 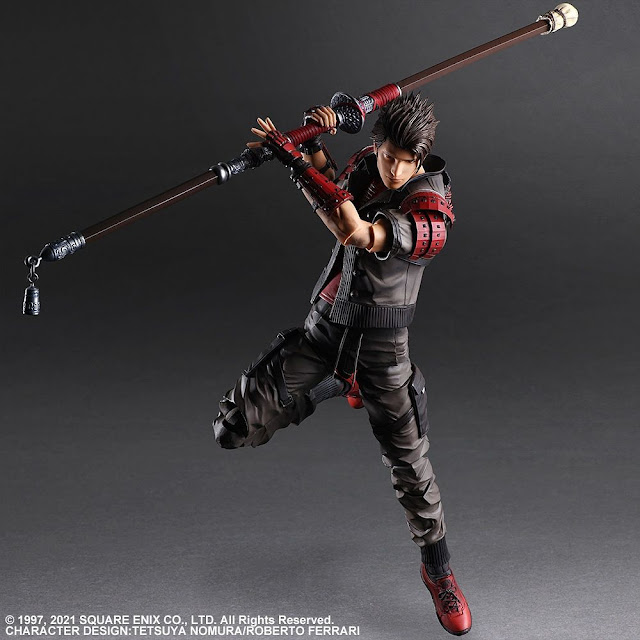 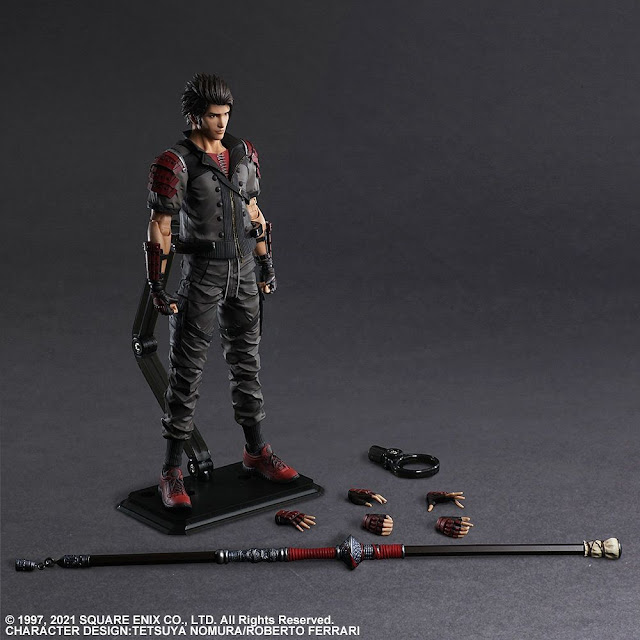 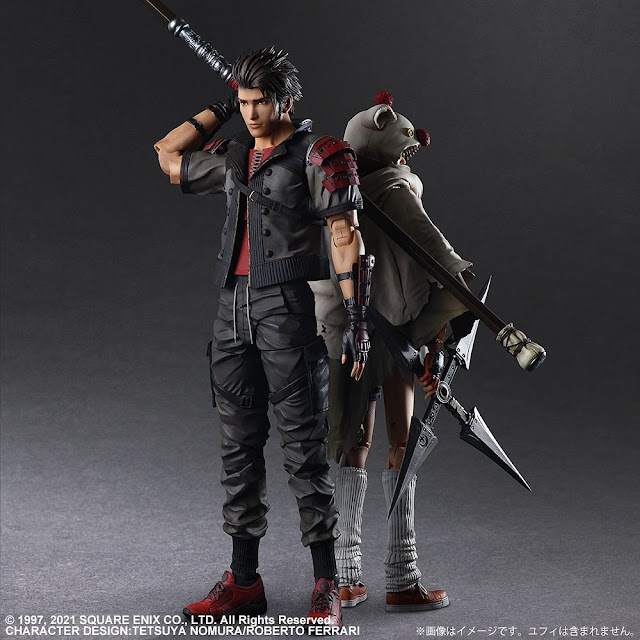 Cloud and his beloved motorcycle Fenrir arrive as a set to Play Arts Kai from the world of Final Fantasy VII Advent Children!
From Cloud’s melancholic facial expression to his hairstyle and the Cloudy Wolf ornament on his shoulder armor, the details on all of the accessories adorning his outfit are meticulously sculpted and painted for an unmatched level of quality.
There are a total of seven swords included with the figure; a fully assembled version of the Fusion Sword, and its separated version in which there are six separate pieces. Each of the six swords can be sheathed in the holders on Cloud’s back. The collector can enjoy his in-movie poses from no matter what angle you look.
Also included is a cloth cape piece with bendable wire for unparalleled posing possibilities!
Fenrir is portrayed realistically, from its uniquely streamlined form to the burned pipes around its muffler and engine.
Additionally, the motorcycle allows for storage of Cloud’s Fusion Sword, recreating the bike’s battle-ready design. The headlight and tail lamp light up by using three LR44/A7 button cells (not included).
Also included are Cloud’s goggles and mobile phone, as seen in the film, making it possible to relive the movie’s most memorable scenes through this luxurious set.
Product Features
10.08 inches (25.6cm)
Made of PVC and fabric
From the Final Fantasy VII Advent Children movie
Highly detailed
Fully articulated
Fabric cape
Movie accurate accessories 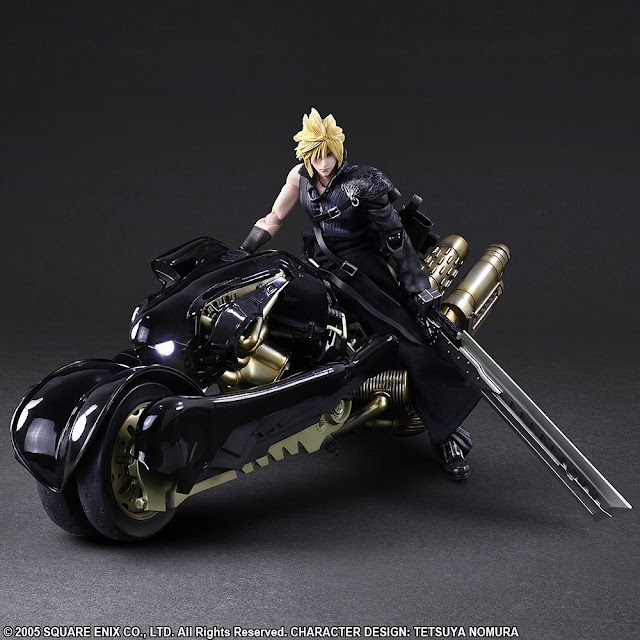 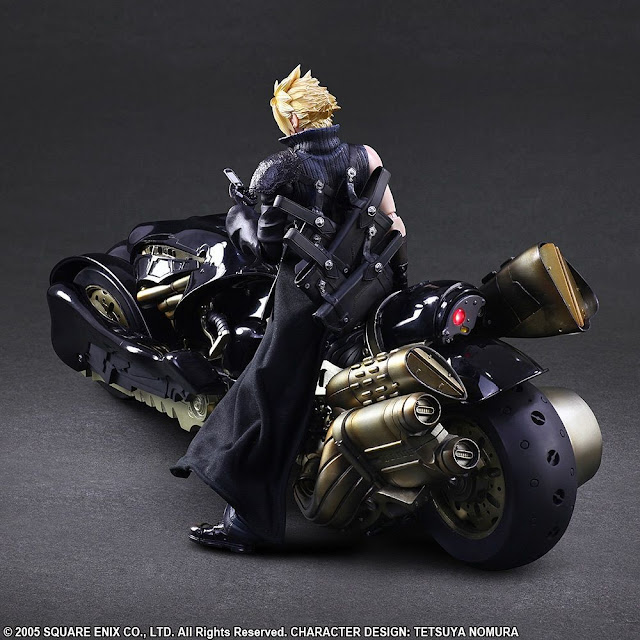 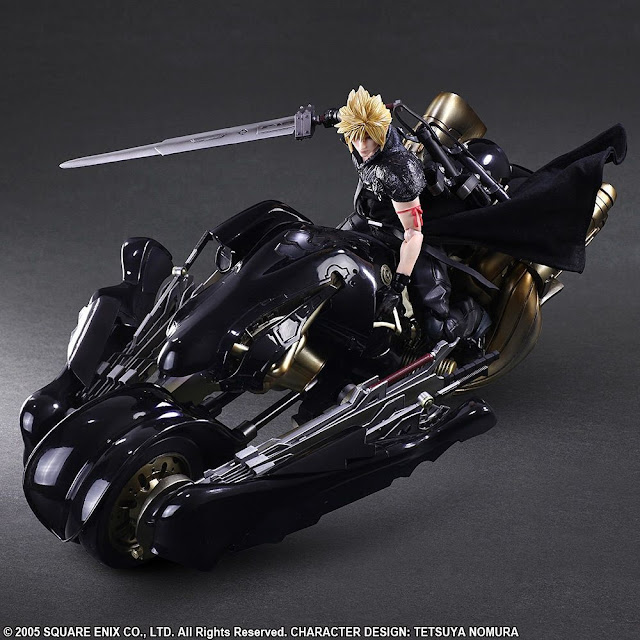 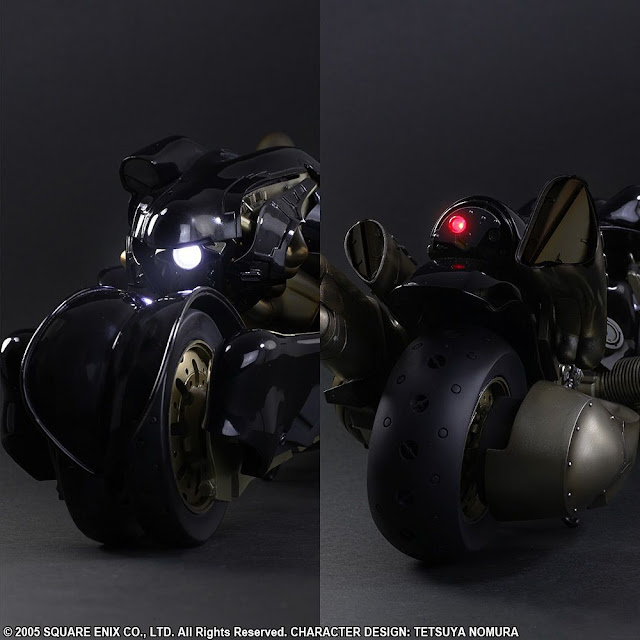 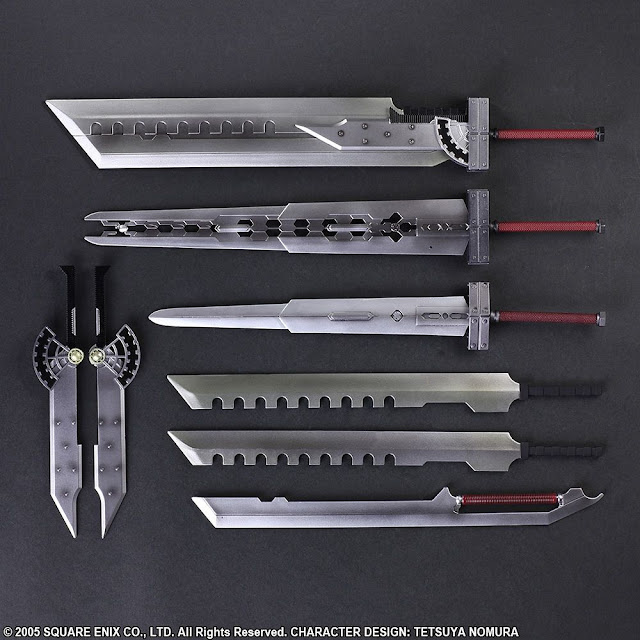 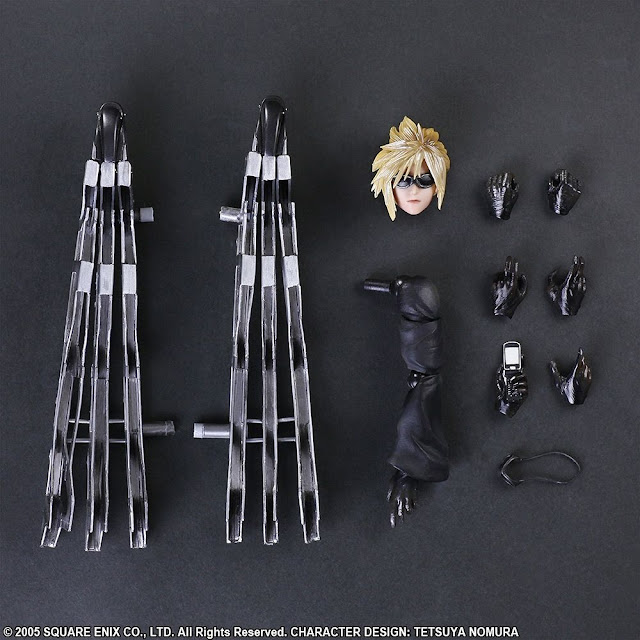 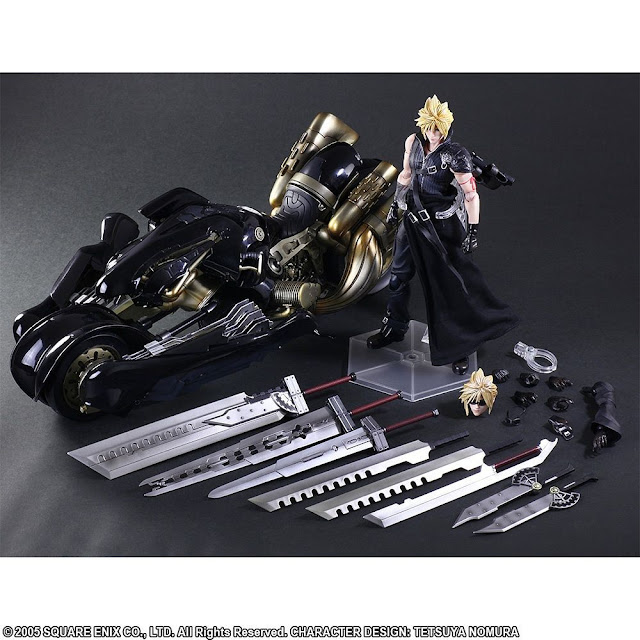